Luigi Bussolati’s work is quite extensive all which seemingly focuses heavily on the lighting of the photograph. Often ignoring other factors and intentionally diverting from the norm Bussolati uses lighting as the emphasis and in that also focuses on the subtlety of shadows and using the dark of the photograph to its advantage. Bussolati’s website has a series of photo essays, one of which: Genuis Lucis, is exemplary in showing his attention to shadows and light. All the photos included in the essay have incredibly stark contrast between dark and light without showing the source of the light. Many of the photos in Genius Lucis compose the subject, some stone structure in the center of the photo with enough negative space on either side to frame it nicely.

However, the more interesting of the photos from that particular essay play with framing that isn’t so conventional without leading the focus of the photo astray from the lighting. 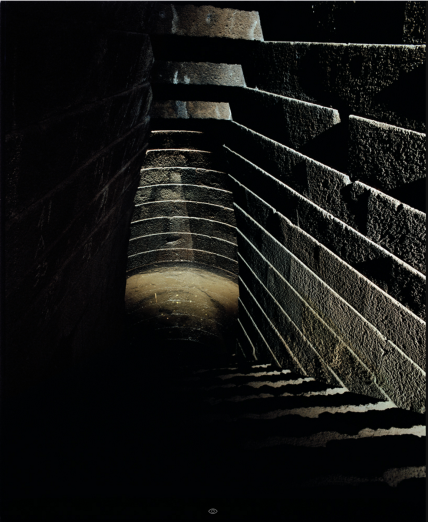 If I had to guess this photo has two sources of light neither of which I can be entirely sure about and that’s what interests me. The interior of this structure is definitely lit from the behind where the camera is aimed and there is possibly another source out of site lighting the back of structure in frame.

In Mandala the photos are all taken from the same top down angle and lit from underneath the subject. Most are pictures of sections of flowers emphasizing the color and structure of the subject in its lighting methods. 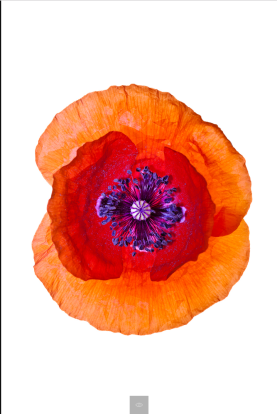 The light is just so that the lines of the flowers are easily shown, each petal, stamen, filament or whatever structural component of the plant is present is shown, no detail left untouched. I would still argue that the light is the most important component of these pictures, the composition remains the same for all the pictures: centered and splayed out so that the light may provide the needed emphasis. The photo essay, Mandala, being a completely different style of lighting that still intends to show contrast, in this case bringing out the lines and structure of a section of a plant.

The changes in lighting styles continue in Bussolati’s essay, AKH. Toward the light, where the title is self explanatory. He instead composes the pictures based on how the light comes to the camera. The source isn’t consistently in the frame but the light doesn’t extend far past the subject if at all.

The photographs pictured above all either show the source of the lighting, the subject that is being lit, or both. The composition of the photos are fairly simple, they avoid showing the source directly for the most part and still have a strong contrast between what is lit and the blacks that are in frame. To me, these photos have the strongest cinematic feeling, I think in part because the source isn’t directly in frame and because there is strong light on either side of the spectrum, the lit subjects like the trunks of the trees and parts of the composition, the siding of the pipe, the upper part of the stream that is very dark. This contrast provides a more dynamic lighting that almost entirely on it’s own provides the depth as everything in frame, however distant, is in focus. This is the case with all of his pictures, eliminating the focus from many other basic aspects of photography to focus on the lighting alone.

This is a text widget. The Text Widget allows you to add text or HTML to your sidebar. You can use a text widget to display text, links, images, HTML, or a combination of these. Edit them in the Widget section of the Customizer.
Loading Comments...
%d bloggers like this: